In a world dominated by global behemoths such as FedEx, DHL and UPS, Mike Ryan, CEO of postal, freight, courier, packing and removal services provider, PACK & SEND, extols the virtues of flexibility and nimble footedness. 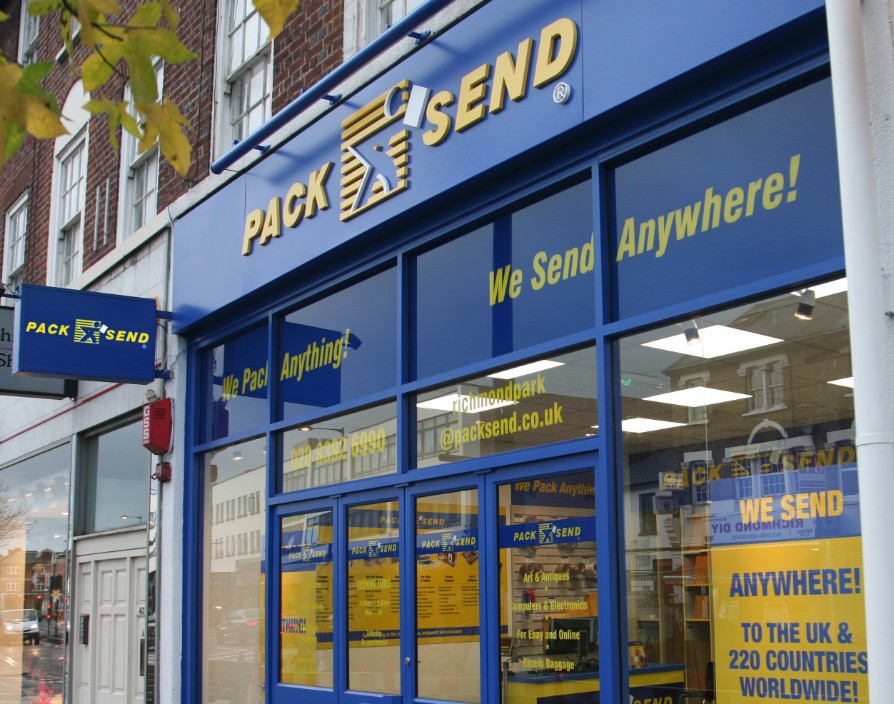 In a world dominated by global behemoths such as FedEx, DHL and UPS, Mike Ryan, CEO of postal, freight, courier, packing and removal services provider, PACK & SEND, extols the virtues of flexibility and nimble footedness. Ryan explains to Elite Franchise how he executes this strategy.

Mike Ryan, CEO of PACK & SEND UK, has had a colourful and varied career spanning both private equity backed businesses and PLCs. Starting out life in marketing and progressing through various roles to more general management positions, Ryan latterly served on the Board of Thorn EMI Plc as Commercial Director, moving to First Choice Holidays Plc, where he held the position of Group Marketing and Operations Director.

The Liverpool University graduate (English/Geography) was later to serve as Chief Executive of Betterware International, which ended when that business was sold to Vision Capital in January 2007.

While the first PACK & SEND Service Centre was rolled out in Parramatta, NSW, Australia, as long ago as 1993, it wasn’t until 2009 when PACK & SEND finally hit UK shores with its first service centre opening in Reading.

Yet the story really begins two years earlier (February 2007) when Ryan was introduced to the idea of PACK & SEND by a business acquaintance he’d known for many years and told of the company’s interest in bringing the business to the UK, along with their desire to appoint a Master Franchisee to launch and grow it.

“I met Michael Paul, the founder and main shareholder of PACK & SEND, in June 2007 in London after having carried out a good few months of my own desk research into the business and the UK logistics market,” says Ryan.

“I had also had the time to discuss the business with a number of business associates, private equity contacts and individuals who operated within the market in order to get their thoughts,” he adds.

The meeting with Paul proved to be a fruitful one, subsequent to which a business plan was drawn up as well as the necessary funding (a combination of a small number of private shareholders and some bank debt) being put in place, given the size of the investment. Time was also spent identifying key members of the management team and gaining their consent to join when the time was right.

“Both myself and one of the shareholders visited the PACK & SEND team independently in Sydney to see the business for ourselves and meet the senior management team during 2007,” says Ryan.

The trip also included extensive visits to meet existing franchisees, as well as the Australian shareholders. “It was also during this visit that I presented our plan for the UK and we formally agreed to proceed with the Master Franchise,” he adds.

Back in the UK, the first two members of the UK management team were brought on board and the property search for the first UK service centre began. Ryan then returned to Sydney in May 2008 (for a month) to both formally sign the Master Franchise Agreement and spend more time with the team down there.

Ryan was attracted to PACK & SEND for a number of reasons - not least because it could offer flexibility to customers in a market where major global corporations - despite being good at what they did - had the type of operations and infrastructure in place that ensured they were less flexible.

In short, especially useful, where, increasingly, “customers were demanding and requiring more flexible solutions and PACK & SEND was in a great position to exploit this,” according to Ryan.

Ryan is also flexible (meaning less than concerned in this case) when it comes to market share as an effective benchmark or KPI arguing: "...it has the potential to drive poor decision making and business behaviour - in the words of one of my business mentors ‘Volume’s for vanity, margin’s for sanity’.”

Or to put it another way, Ryan is more interested in the number of positive reviews PACK & SEND receives: “and reading of the positive experiences our customers have had in dealing with us – (rather) than whether we have 10% or 20% market share, as the latter will always follow the former.”

In the meantime, expansion has continued apace with the company now operating 16 service centres across the UK. A 17th, in Birmingham, is opening imminently with an 18th, in Glasgow, due to become operational in Q1 2020.

PACK & SEND’s business model, says Ryan, is based upon delivering world-class customer service, exceptionally high gross margins and transaction values, but a relatively low volume of transactions. “In that way we can afford the time to provide our customers with the level of service that creates the raving fan base we have (and continue to develop) and allows for our franchisees to have a solid work-life balance at the same time.”

In many ways, Ryan’s frame of reference harkens back to his tour industry days, noting that industry had businesses, that for years had “built organisations, infrastructure and systems designed to provide customers with a 7 or 14 night holiday -which they did brilliantly,” according to Ryan.

“(But) as consumers started to demand shorter stays, flexible departure dates, to mix and match flights and accommodation, it was the smaller more fleet-of-foot operators who could provide the flexibility to meet this demand,” he adds.

The second reason Ryan was attracted to PACK & SEND was the ‘no limits’ culture “ingrained within the brand’s DNA - whether that’s no limits to the support provided to franchisees or no limits to the lengths that franchisees would go to provide solutions and world-class service to their customers,” says Ryan.

Indeed, the No Limits attitude is core to everything PACK & SEND does, according to Ryan.

“We have the franchise license and the obligations contained within it, but the main way in which we aim to ensure everyone is adhering to our values is through our very structured discovery process. Every new franchisee takes a journey through this process prior to us agreeing to grant a license,” Ryan adds.

This process offers the candidate a very transparent view of every aspect of the business, at the same time giving PACK & SEND the opportunity to fully get to know the candidate. Hence, both parties will be able to form a conclusion as to whether it is the right thing to enter into a franchise agreement.

Ryan adds that the brand’s pride for best-in-class customer has resulted in (and has continued to do so within the UK market) building a customer base “who not only use us time and time again, but willingly recommend us to their colleagues, friends and loved ones.

“They are our most powerful marketing collateral and all those who are stakeholders in the brand in the UK (our franchisees, our shareholders and our suppliers) take huge satisfaction in this,” he says.

For those wishing to pursue the franchising option PACK & SEND’s franchising package consists of 21 key components to make the individual’s business a success, including an exclusive trading territory, store fit-out and equipment, marketing resources, financial management and freight warranty policies.

All new franchisees receive 2 months of operational training within the Reading service centre, along with modules on financial management and marketing.

Upon opening, a member of the HQ team will be within the franchisee’s service centre for the first month of operation - principally to get them up to speed in terms of maximising customer sales and satisfaction.

Franchisees are also offered two specific guarantees; including a year 1 brand lead guarantee - where a defined number of leads with the opportunity to secure long-term repeat customers is provided.

Also, there is a year 1 marketing support guarantee - whatever the franchisee spends on marketing, PACK & SAVE will match it (up to a maximum of £12,000).

The initial franchise fee is £29,500. However, franchisees will need to budget for their service centre fit-out and working capital. Hence, the total budget required to open a PACK & SEND store is in the region of £100,000 - £120,000. On that basis, PACK & SEND advises new franchisees will need around £50,000 - £60,000 liquid capital. Up to 70% funding support is available through high-street banks, subject to personal circumstances.

In addition to this, ongoing Franchise Management and Advertising Fees covering everything you need to get your business off the ground and keep it growing, such as promotional literature, sales kits, advertising campaigns and so on, will be applied.

The franchise license is for 10 years and is renewable at no additional cost for a further 10 years should the franchisee be in compliance at the time of renewal and assuming both parties wish to renew.

Ryan’s advice for would-be franchisees is simple: “Be prepared to work hard and put the effort in, in the early stages - it is, after all, your business and running a business requires commitment, nerves of steel and, in its early stages whilst you are growing it, a lot of hard graft. Be prepared to be the cook, cleaner and chief bottle washer.”

The implications are clear - stick to these principles and future success is more likely.