Steve Bolton runs one of the most successful UK-born franchises, Platinum Property Partners. From playing the stock market at the age of eight, to earning a million by the time he hit 30, Bolton wasn’t cut out for an mundane existence 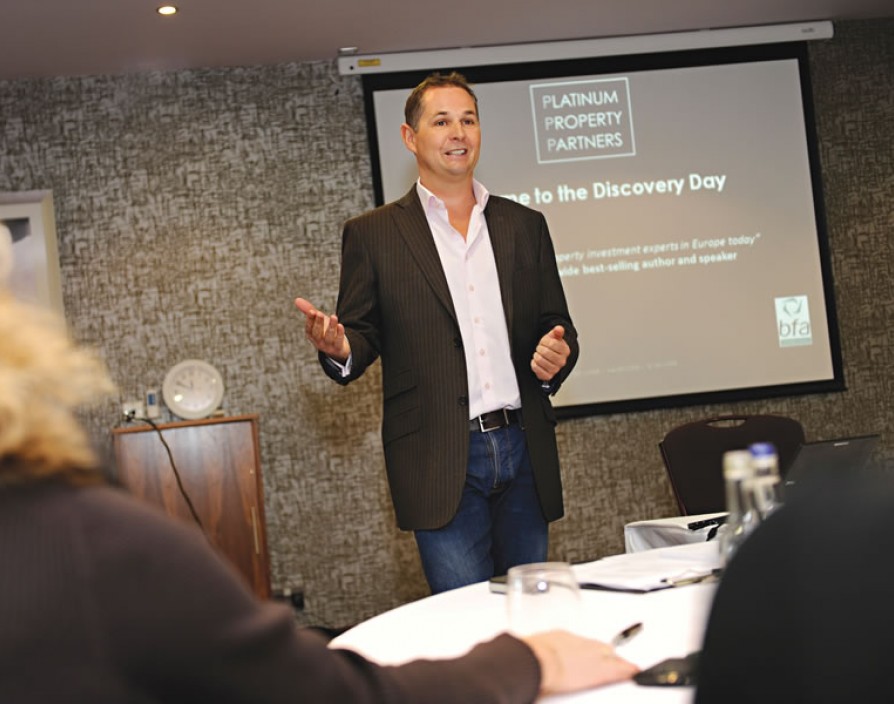 Displaying the all the talents of a pre-teen Greg Secker and rebuilding his empire from the ashes of 9/11, Steve Bolton is a born entrepreneur. But rather than reaching for the treetops alone, his decision to go down the franchise route has let many others to share in his success. For Bolton a meaningful enterprise will always be about people.

Elite Business: Were there any signs of budding entrepreneurship when you were a child?

Steve Bolton: At the age of eight my father gave me a little black book – I was fascinated by money – and he told me to pick ten stocks from the Financial Times. I watched them every day and was fascinated that they could go up and down. At eight I was playing the stock market.

I was quite bright but not in an academic sense. I left school at 16 with no qualifications and I think the whole educational experience knocked my confidence. When I was 17, after a couple of dead-end jobs, I got a job teaching kids outdoor pursuits. It wasn’t highly paid but I loved the work.

EB: Is leaving school without qualifications something that you regret?

SB: No. I’ve got no regrets about it whatsoever because of the way my life has panned out. If anything, it turned out to be an asset rather than a liability. A lot of entrepreneurs think differently to most people; they have to break the rules and change the game. Not having fitted into the school system allowed me that mental flexibility to be able to see opportunities and not worry about doing things other people wouldn’t.

EB: So how does someone go about making their first million by the age of 30?

SB: The first thing you have to decide is that you want to do that. You’re really passionate about it; you’re willing to put in the time, the work, the effort. I got to the point in my mid-20s where I was fed up with working for somebody else.

For six months I’d finish my day job at 6pm, and then we’d work on our venture until about 3am. A lot of people have to risk everything to start up on their own. The advantage I had was that I didn’t have a huge income; I wasn’t on a massive six-figure salary that I had to leave behind. By 1997, we were the European market leaders and operating in 15 countries and employing 60 staff.

Everything changed on 9/11. All that we had built in the previous seven years was wiped out in just a three months. Which was a harsh but important lesson.

EB: How did the 9/11 attacks come to have such a huge impact on your business?

SB: It was traumatic on loads of different levels. I had two businesses at that time. Our training and development company went from making a net profit of just under £500,000 a year to breaking even within three months because a lot of financial institutions were cancelling team building and training. The business constructing the rope course facilities was partly hit by September 11 but before that was foot and mouth disease in the UK. The outbreak shut lots of places down; you couldn’t go walking in the countryside and all of the places we were building these centres were in the countryside. It just left a massive hole in our cash flow. So we had to make a very difficult decision to put the construction business into voluntary liquidation.

EB: For most people that would be the end of the line. How did you pull things back from the brink?

SB: It really did knock my confidence. But I think the underlying thing – and it’s probably true of all entrepreneurs – was that I’d actually tasted freedom. I’d been my own boss and – despite the ups and the downs, the pressure and the longer hours – I’d actually had a taste of the good life. So I started again. But the challenge for me this time was building a business model that was absolutely bomb-proof.

EB: Strong partnerships seem to lay behind the success of Platinum Property Partners. What do you feel the secret of a good partnership is?

SB: There’s a number of things. Firstly, there must be an alignment of interests. If we’re partners we’ve got to have an agreement that there is a win-win benefit in place. Number two is trust. You’re both going to have to be able to trust each other. And the third thing is really important – that you have fun during that process. You need somebody not that you’re just going to do good business with, but that you can have a laugh with too.

EB: You’ve championed several charities, including supporting orphanages in India and Uganda. What made you want to give something back?

SB: I think the influence for that comes largely from my mentors, one of whom is my mother. She brought me and my sister up with strong values about helping other people. But also some of my business mentors in America were very much proponents of giving back. A lot of business and corporate values are just completely out of whack; greed has taken over.

EB: What advice would you offer for someone wanting to make their mark in the world of franchising?

SB: The number one thing for me has been that unwavering commitment to making sure that your franchise partners are successful. It’s about going that extra mile. When they’re saying “this is not working for us”, that means changing it or fixing it. Responding. Delivering value all the time. That’s one of the franchisor’s biggest challenges: putting the focus on the franchise partner and that genuine passion for continuing to help them, rather than focusing on just how much profit your business is going to make.