Like the proverbial death and taxes, ongoing demand for plumbing and drainage services is one of life’s certainties. 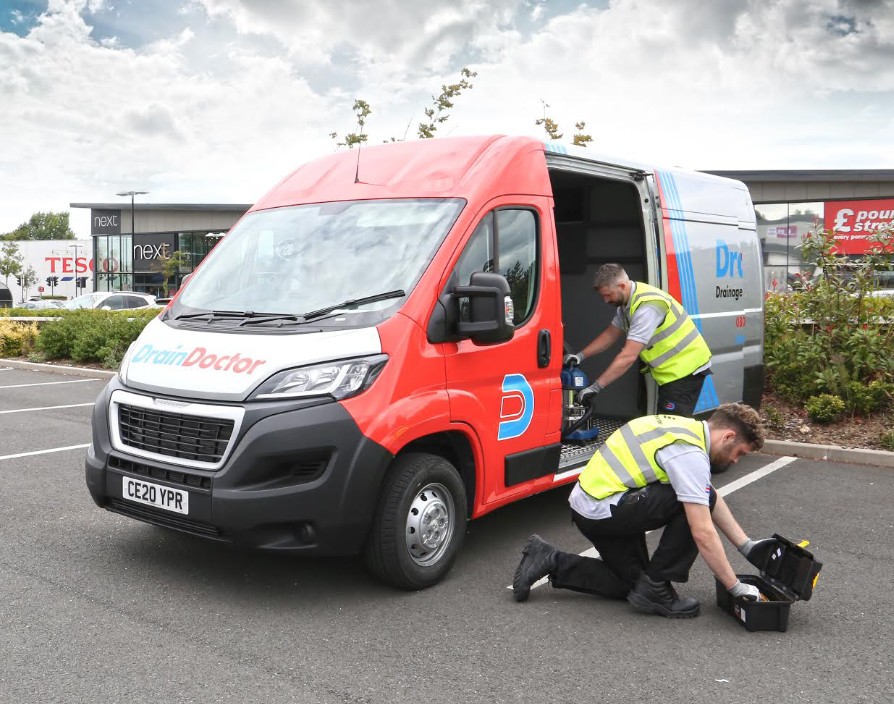 Like the proverbial death and taxes, ongoing demand for plumbing and drainage services is one of life’s certainties. And Drain Doctor, with its range of offerings, is better equipped than most to meet the demand. Head of Franchise Development, Owen Barton, explains to Elite Franchise how the company does it, how the market is evolving, what opportunities are available and what lies ahead.

Fresh out of university with a Sport Studies degree, Owen Barton’s career move into the fitness industry - initially in fitness instruction/personal training before moving up the ladder to a Senior   General Manager role at (Fitness4Less) - was a logical one. It would also prove formative.

“During this period I was approached to develop the brand I was working for as a franchise; after a successful pilot scheme and following a promising inception phase we agreed deposits across the UK and internationally in the Middle East,” says Owen.

“From there I spoke to someone at a franchise show who I thought was a franchise prospect. However, following the show I was approached by that prospect offering a franchise recruitment role within the property sector.”

Subsequently, a recruiter within the industry reached out to Owen with a further franchise recruitment role - this time at Neighbourly (then Dwyer Group) - and the rest as they say is history.

Beyond the attraction of a new challenge a further incentive for Owen was that because Drain Doctor has, since 2014, been part of the Neighbourly group of brands - an American ‘powerhouse’, in its own right, dominating its particular franchise space, yet looking to develop in the UK - “I saw an exciting opportunity to be a part of that journey!” he says.

“My role with Neighbourly over the past 3 years has been as a lead Franchisee Recruiter, and I’ve represented Mr Electric, Countrywide Grounds Maintenance and Drain Doctor throughout that time.” But he is quick to add that his sole focus has been on Drain Doctor over the past 18 months. 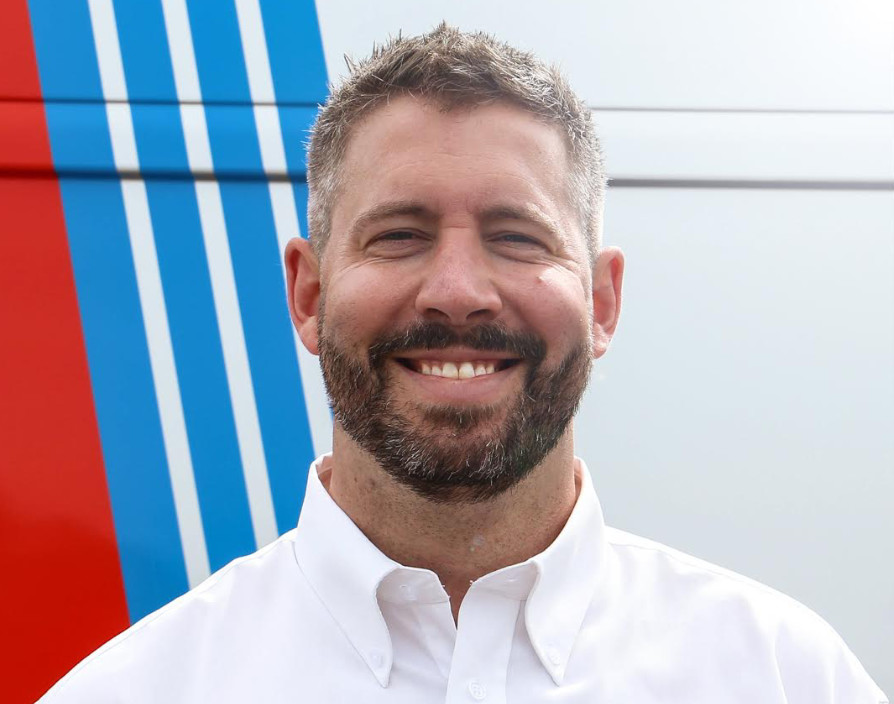 Neighbourly’s purchase has proven a boon for Drain Doctor in other ways too - franchisees having benefitted from systems and software implementation to underpin their growth, and the company at large regularly featuring in Elite Franchise’s Annual Top 100 Awards. Indeed, it recently received the highest rising star award in the HSBC Elite Franchise TOP 100 Awards 2021 – an award Owen was especially pleased to have won.

“We were ecstatic with the award, and especially pleased to be the No.1 brand amongst some of the other household names in the Drainage and Plumbing industry, cementing Drain Doctor as a leader in the home services franchise sector,” says Owen.

The company meanwhile hasn’t stood still, having already implemented a CRM and Pricing System to make the business completely paperless and allowing it to record, track and manage KPI’s that indicate performance trends for its business owners.

Noteworthy too is that the Neighbourly connection - and backing - also allowed Drain Doctor in 2020 (as the global pandemic took hold) to get on with further innovation/development while preparing for the future; including building its second website in 3 years, as well as centralising some key digital marketing responsibilities on behalf of the Franchise network.  Utilising our bulk buying ability and “increasing our learning capabilities to maximise their online marketing efforts,” says Owen.

This raises a wider issue, given tradesmen often undersell themselves by using price as a way of winning their next job. Such a mindset, according to Owen: “leaves little profit margin in each job and means that customer experience becomes secondary to ‘getting the ‘job done’”. And this leads to ‘indifferent’ opinions from the public, according to Owen.

Drain Doctor aims to break that mould. “Our system provides the opportunity to give customers a swift response time, a complete service and a holistic approach to fixing not only their immediate problem, but also doing our best to guarding against any potential future issues,”  says Owen.

From a franchisee perspective while technical knowledge isn’t necessary, Drain Doctor is looking for ambitious individuals/couples committed to growing a business. But it’s also down to the sharing of knowledge and experience. “Each of our franchisees understands they are the driving force in building their businesses; we provide the brand equity and recognition, systems, processes, software and business support to accelerate their effort; not replace them.”

Unsurprisingly, the process of becoming a franchisee is a detailed and stringent one designed, not only to give candidates all the information they need to make a well-informed decision, but also for Drain Doctor to gauge whether they suit its criteria and values as a company too.

“We don’t operate the large scale ‘Discovery Days’ which focus on the franchisor and the benefits of the model. We take a more personal approach and prefer to meet and assess each of our candidates individually,” says Owen.

Typically, the process will start with an initial call, followed by an Individual Discovery Meeting at the Neighbourly Training Centre or via webinar where not possible.

This is followed by Business Planning and Funding assistance to get the candidate to the stage of agreement in principle where funding is required; then there is a second meeting with the Drain Doctor and Neighbourly Leadership team to approve the candidate as a franchisee.

Once that has been carried out due diligence is completed on the candidate with the recommendation the would be franchisee use a BFA affiliated lawyer to review the franchise agreement.

An opportunity is then given to speak with Franchise Owners. Only after these steps have been completed can either party: “make a truly well-informed decision as to whether we are a good match for each other or not.”

Once the franchisee has been approved Drain Doctor’s Sure Start programme will then kick-in to hold the new franchisee’s hand and ensure “they have everything in place to successfully launch their business,” as Owen puts it.

It will also involve marketing support as well as practical guidance from the Drain Doctor’s franchise business coaches. As Owen says: “They are our franchisee’s first port of call for all questions, queries and concerns.

“They celebrate alongside you and help you to learn from mistakes and errors (and there will be some). We use a mix of manuals, guides, videos, phone calls, webinars, field visits, training days, regional meetings and national conferences to support our franchisees,” he adds.

The cost involved in becoming a franchisee ranges from a suggested £85,000 - £100,000; normally made up of £35,000 - £50,000 of the candidate’s personal funds, matched with £50,000 of finance from one of Drain Doctor’s funding partners (the company has been pre-approved for funding with NatWest, HSBC, Barclays & Hitachi Finance). It has also worked alongside the government’s start up loans scheme.

Once established the balance of work is approximately 60% commercial, 40% domestic. “We tend to find this trend is reversed in the early years as commercial marketing and relationships take a little longer to develop,” says Owen

Unsurprisingly, Drain Doctor lives by a central code of values. These have acted as a foundation for the business since its inception in 1981 and include: ‘Have respect in all dealings’, ‘Act with integrity’, ‘Keep Customers at the centre of our focus’ and ‘Have Fun in the process’.

While core values haven’t significantly changed Owen notes Drain Doctor’s franchise model has evolved since joining Neighbourly (and Drain Doctor) in 2018 - not least in terms of more technical assistance and ‘field visits’ than ever before, but also greater centralised marketing support and guidance.

Neighbourly meanwhile has acquired three new businesses (including Bright and Beautiful; Countrywide Grounds Maintenance and Dream Doors) to deepen its knowledge of the home services sector, as well as moving to a brand-new state-of-the-art training centre to train to support current/future franchise owners and their staff.

Going forward, Drain Doctor’s three-pronged growth plan is ambitious and designed, as Owen puts it: “To encourage and support our current owner operators to emulate the success of our ‘owner managers’ by increasing their time away from the technical work, doing the tasks that we know dictate the growth and speed of growth of any business - marketing and management.

Also, to assist current owner managers to deepen their market penetration in their area, “by optimising their marketing efforts and helping them to identify and address the Key Performance Indicators of their business through business training, coaching and support,” says Owen

The final (and key) objective is to recruit new ambitious owner managers in areas Drain Doctor doesn’t yet have coverage in.

Against this backdrop other large franchise (and otherwise) operations in the drainage and plumbing industry deserves merit. But as Owen points out: “In reality, we each serve a different mix of customers, albeit we do cross over in certain sectors. However, each has their unique benefits and drawbacks.

“When looking at the competition I always remind myself and our franchise owners that success isn’t 100% market share and obliterating all comers and competitors, it’s knowing our market sector, penetrating and winning a proportion of that sector and then ring fencing that customer through world class customer service,” says Owen.

Given the drainage industry in the UK is worth an estimated £9bn annually there is clearly a lot to play for. But as Owen notes: “From the onset, our franchise owners will focus on the domestic and commercial marketplace where we can come into contact with people, whether that is homeowners, business owners or managers; our customer focussed value based proposition is most appreciated here.”

In the meantime, however, the COVID-19 pandemic has had an impact - most notably in the balance between commercial vs. domestic work. While the latter has compensated for loss of business in the former, Owen said, “whilst the March and April were difficult for us, just like every other business, but as an essential service our network got back to supporting the infrastructure of the nation and levels of work swiftly returned to near normal.

Unlike many individuals in leadership roles Owen is neither driven by fear nor competiveness. Instead, his primary motivation is to assist people to realise their potential.

As he argues: “Here at Drain Doctor, we’re not looking for ‘fulfilment agents’ or ‘sub-contractors’ we don’t expect you to sit back and wait for the phone to ring.

“We support our franchise owners to identify opportunities in the market and then take action to first win work and then ring fence our customers through a customer experience that is unrivalled in our marketplace.”

And that’s a template likely to yield continued commercial success once the global pandemic recedes, and economies open up again.