ActionCOACH UK, named recently as the fourth best UK franchise by Elite Franchise magazine, continue to go from strength-to-strength, after adding Myles Downey to their team of coaching experts. 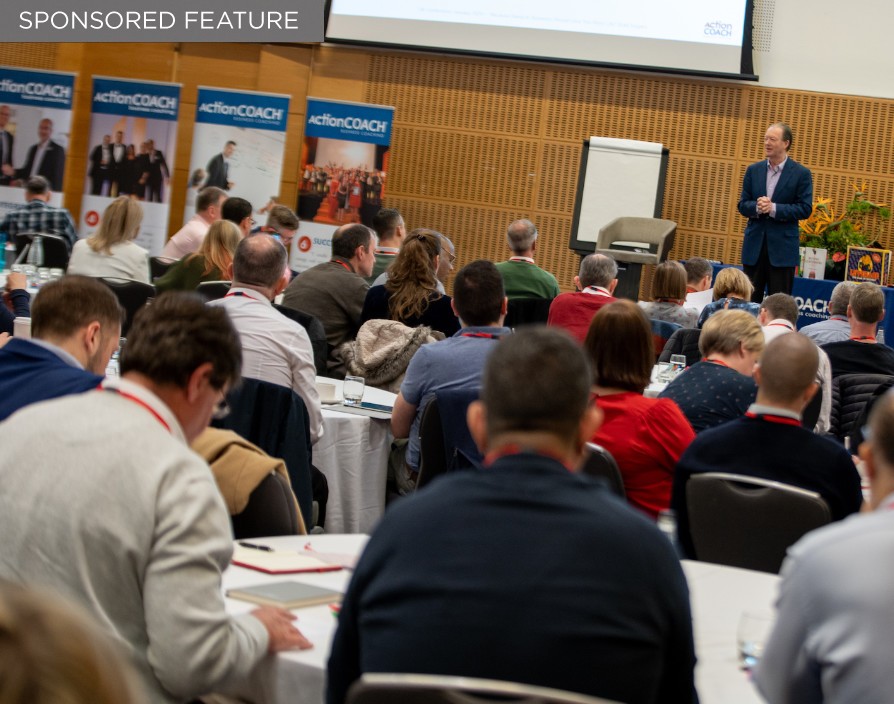 ActionCOACH UK, named recently as the fourth best UK franchise by Elite Franchise magazine, continue to go from strength-to-strength, after adding Myles Downey to their team of coaching experts.

While January’s transfer window was neither the busiest, nor the most interesting of recent footballing times, one signing which did slip under the radar was the news that Myles Downey had joined ActionCOACH UK.

When Downey attended ActionCOACH’s recent franchise conference, he was introduced as the newest director to join the company’s UK support team.

Downey is widely recognised as a top-class authority on performance, coaching and leadership. And he joins ActionCOACH to strengthen their position as one of the UK’s leading franchise businesses.

He has written three books about coaching and performance: They are ‘Effective Modern Coaching’, ‘Effective Coaching’ and, most recently, ‘ Enabling Genius – a mindset for success in the 21st Century.’

All three are considered classic publications in the business coaching profession.

Speaking to over 200 franchise partners and their teams, Myles explained why most of them had taken the decision to become a business coach in the first place – “to make a difference to people’s lives.”

He then went into detail about why he had accepted an offer to become a director of ActionCOACH UK.

“From my perspective, ActionCOACH is very different from every other coaching business in the UK, in fact, I would say globally.

“I often observe how other coaching firms are sadly lacking, with regards to having practical experience of understanding what it’s like to be a business owner.

“But ActionCOACH’s coaches are in business themselves and provide practical help to other people in business – and that’s a massive distinction.”

Myles has been signed up to spearhead ActionCOACH’s 2020 campaign, which will focus on encouraging UK business owners to ‘Think Big’.

His aim is to direct business owners to ‘think like a big business.’ In short, this means using the best professionals for every area of expertise.

He explains: “For example, rather than ask your nephew to build your company’s website, because he knows how to code, we’re reminding business owners that bringing in the professionals will save you time and money in the long run.

“That’s why, if you want to grow your business, you should use an ActionCOACH business growth specialist.”

James Vincent is the company’s performance director and he recently became a franchise partner, when he invested in two franchise territories.

James said: “I have a fantastic team helping me to build my franchise business in Yorkshire.

“However, my major focus is still on supporting our network to be the best business coaches in the UK.

“Bringing Myles into the team had been a goal of mine for some time and luckily he didn’t take too much convincing.”

As one of over 30 of the company’s UK coaches, James was named Master Coach of the Year at January’s annual conference, which was held at St George’s Park National Football Centre.

The awards ceremony formed part of a black-tie evening to celebrate the best in business coaching.

Ian Christelow, co-founder of ActionCOACH UK, added: “All but two sessions for the two-day conference were delivered by our franchise partners.

“They spoke about areas in which they excel, such as accountability, consistent growth, presentation skills and team building.

“The collaboration across ActionCOACH never fails to impress me and it’s a pleasure to welcome Myles Downey to our team – he’s already made a huge impact.”

Ellis Bardsley, a multi-award-winning coach and a franchise partner with ActionCOACH of seven years, was another to praise the contribution of Myles.

He pointed out: "Finding the balance between providing instructional, tactical ideas and direction with a client, otherwise known as transactional coaching, and working with them to develop their own belief, confidence and identity as a business owner, this is the key to our work.

"Myles' session, his books and coaching ethos highlight that the art of coaching is not simply about keeping your eye on the ball and hitting it harder.'

“It's about what you are thinking, what you are focusing on, what your objectives are and how much you believe in delivering them.

“He explains, in his unique way, that we are our own glass ceiling and no amount of quick-fix solutions for business development will generate lasting results without personal growth and development. To which high-quality business coaching is the solution."

This sponsored news feature was brought to you by leading coaching franchise ActionCOACH. For more information please click here.