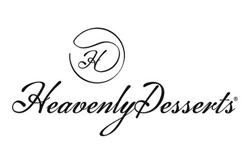 What’s dinner without something sugary afterwards? No, not after-dinner mints or vanilla ice cream – think like Willy Wonka and dream beyond the ordinary. It worked for Yousif Aslam, co-founder of Heavenly Desserts, the luxury desserts franchise, which launched in 2008. Entering what was a relatively competition-free market then, they launched in the Midlands and grew from there to then enter the franchising sector in 2016 after refining the business model. “We felt it was commercially viable to grow the store base nationally and share the success with passionate and motivated entrepreneurs,” says Aslam of the decision. The first franchise soon opened in Oxford and it was the first time Heavenly Desserts ventured south. In 2019, there are even plans to take Heavenly Desserts into international markets. It seems safe to say things are looking rather sweet for this franchisor.

Fill out my online form.
Tweets by @EliteFranchise