From wiping tables as a teen, to developing a coding programme for adults, David Graham’s newest venture, Code Ninjas, is moving its way into the heart of Britain. 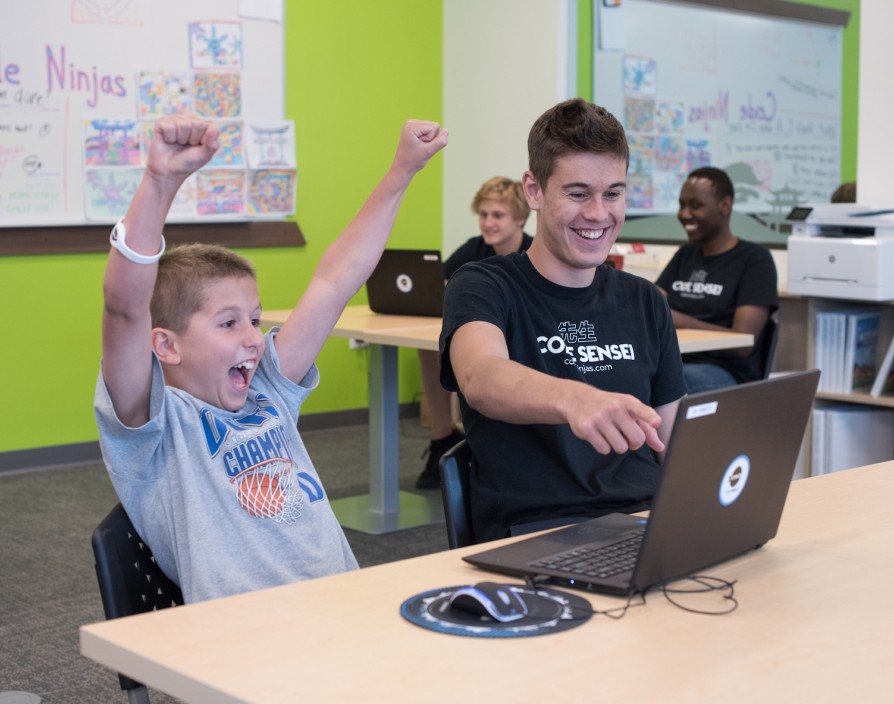 From wiping tables as a teen, to developing a coding programme for adults, David Graham’s newest venture, Code Ninjas, is moving its way into the heart of Britain.

Code Ninja’s teaches kids to code in a fun and engaging environment. And Founder and CEO, David Graham, has now brought his creation to the UK. In order to understand how he came to launch this particular business venture, it’s helpful to go back and look at how he reached this point. Graham explains, “I’ve always been an entrepreneur – I had a contracting company doing programming before I launched Code Ninjas in the US. I was also previously a franchisee for Anytime Fitness, which gave me the all-important exposure to franchising.”

It was after selling his fitness franchise that Graham found his true calling in life, which would combine his experience in franchising and his flair for tech. In 2012, he launched Coding Camps – a specialist programme teaching adults how to code. “We had multiple centres across the country where adults would come down for nine weeks at a time, work through the programme and then hopefully get a job in coding at the end of it,” he explains. And with 94% of candidates getting hired on completion of the programme, it’s fair to say Coding Camps was a huge success. The business had not got unnoticed, and investors were keen to get on board.  However, Graham was adamant that only the right investor would be considered. In 2016, the right investor did indeed come along:  Apple founder, Steve Wozniak. Later that same year, Graham came to the conclusion that it was time for him to move on to his next venture. “We ended up selling the concept to Steve Wozniak in 2016. We’d taken the Coding Camps brand as far as we could, and I had every faith that Steve and his team had the experience and the drive to take it to the next level. That’s when I made the decision to part ways with the company.”

Following his departure from Coding Camps, another idea was brewing beneath the surface – of a similar nature – this time for children. Graham recalls the point at which the idea for Code Ninjas first came to mind. “I’d taken my son to Taekwondo, and on the wall were the nine coloured belts that all of the kids in his class were striving for. At the time, I was still heavily involved in Coding Camps, which was a nine-week programme. I thought to myself what a great concept that would be – allocating a different belt for each week of the curriculum, before quickly coming to the realisation that probably wouldn’t appeal to our age demographic. But what a cool concept for a kid’s coding programme – we could model it after a dojo!”

Graham had also realised there was a growing demand in the market for teaching children how to code. Whilst the idea was brewing in the back of his mind, he didn’t act on it until he’d made the move away from Coding Camps. “When we sold [the coding camps] it was a natural next step – like let’s reinvestigate this idea. As they say, the rest is history.”

As easy as that sounds, bringing the Code Ninjas franchise to life came with its own unique set of challenges. “We needed to be the biggest on the block, as fast as we could. It was a race against time. We spent six to eight months building up a comprehensive plan. It included all of the fundamental parts of operating a successful franchise – support material, training, all the technology required and, most importantly, the curriculum. We put everything into place, so that whenever we rolled out the concept to prospective franchisees, we were well established [with] our support structure.” It’s fair to say Graham always kept the bigger picture in mind.

That included recruitment, to ensure the franchise flourishes and grows. “First and foremost, we look for someone that understands our passion and our goals. We then look for somebody that can follow a plan. I believe the brand should always be at the heart of the business, which is why our standards are so high when it comes to recruiting franchisees. Everything from the sticker on the front door to the curriculum; we [have] got to follow the brand” Graham explains.

Now, Code Ninjas has over 150 centres open across North America and Canada with 75 more due to open before the end of the year. While the business is all about strict procedures and paying attention to detail, what Code Ninjas strive to deliver for customers is something that Graham refers to as ‘edu-tainment’ – something he believes is key to the brands success. Teaching is fun, informal and personable. “Centres are called Dojos, our teachers are called Senseis and our students are Ninjas. And yes, the self-paced curriculum is based on the coloured belt system in Taekwondo – but, instead of belts, we award our ninjas with coloured wristbands. We make sure that every single day they feel special; this is their place to come and have fun.”

With this mix of education, entertainment and above all, results, it’s no surprise there’s a market place for this enterprise. But that’s not to say the expansion from North America to the UK didn’t come without its difficulties. “The city planning [in] London is particularly difficult, with the zoning and things like that, but we’ve been able to navigate the waters over there pretty well by hiring an amazing UK-based team.”

While there were issues with zoning for Graham and his team, they weren’t as drastic as first expected. “We actually thought it was going to be a lot harder, but it turned out to be quite the opposite. The UK is more business friendly for franchisees than the US is, especially in terms of both the geographical location and disclosure documentation. Let’s also not forget that the US is very, very big, which can often cause logistical issues. In the UK, you can go north to south in four to five hours, which is obviously much more convenient.”

So, what does the future of Code Ninjas hold for Graham, in terms of expansion? “We’re definitely going to hit all of the English-speaking countries first,” explains Graham. “After that, we’re looking at master partnerships and master franchisee relationships in India and the Middle East. We may need some help with translations in the respective regions, but Australia will probably be run by our in-house team.”

Where does Graham see the Code Ninjas brand in five years? “Well my crystal ball stops working in about six months,” jokes Graham. “We’re very shortly going to be announcing some things that will make Code Ninjas an experience for the whole family – not just for kids. In this day and age, I feel as though any member of the family that wants to be involved in coding should be able to participate.”

With that in mind, and his aim for mass inclusion, Graham claims “in the UK, we feel like we can probably open somewhere in the region of 300 or 400 units. We’re hoping to get 100 or 200 sold, with 100 openings in the first two years. Admittedly, it’s a pretty progressive schedule, but not crazy.”

And these expectations seem reasonable enough, considering its prior success from openings in both Canada and the US. “We sold 240 units in our first year in the United States, and we’d almost sold out of territories in Canada in the first 6 months after launch. Getting them open is a bit of a slower burn, but we’ll have 225 in the US and Canada by the end of the year – so not too bad,” opines Graham.  It seems that the proof is in the pudding: learning can be fun.

As a current English student at Queen Mary University of London, Fahima has joined the Elite team as an editorial intern to enhance her skills in journalism. Alongside writing, she loves to read and her favourite author is Khaled Hosseini