Our recap of the 2020 Cafe2U Conference, including a rundown of the event and our award winners. 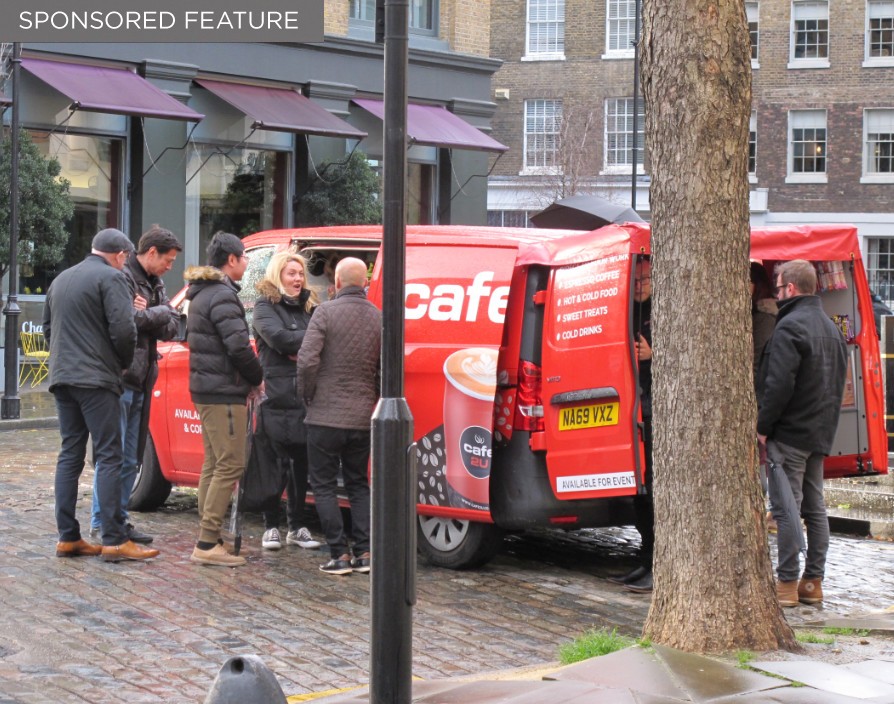 Our recap of the 2020 Cafe2U Conference, including a rundown of the event and our award winners.

On this year’s leap year day, February 29th, the Cafe2U Conference was held at the Coffeesmiths Collective HQ in London. The impressive venue was the perfect backdrop for the UK’s leading coffee franchise’s annual event, giving the full estate a chance to meet, mingle and celebrate another fantastic year.

The event also provided the opportunity to showcase the major projects Cafe2U has been working on since last year's Conference, specifically:

As guests arrived, they had the opportunity to see one of the market-leading new battery-powered vans which feature the refreshed branding, and enjoy a cup of coffee - expertly made by Dumo and Richard of Coffeesmiths and Jon Skinner of Cafe2U.

Goodie bags were also handed out - which included complimentary Cafe2U branded tops and umbrellas - just before CEO Martyn Ward kicked off the Conference with his opening speech. After giving a warm welcome to guests, Martyn went on to discuss the key messaging for 2020, declaring how we need to get ‘back to basics’ and refocus on doing what the business does best.

After Martyn’s speech, three workshops were run for our franchisees:

After this, the attendees had more opportunities to chat before the day was rounded off with a dinner and the annual awards ceremony at a local Italian restaurant.

Franchise Partner of the Year

Supreme Bean of the Year Awards

Barista of the Year

Cafe2U Top Launch of the Year

This article was brought to you courtesy of Cafe2U