The UK’s High Streets may be under pressure but Cash Converters (UK) is thriving. CEO Peter Hall explains how and why the company’s buy/sell model works. 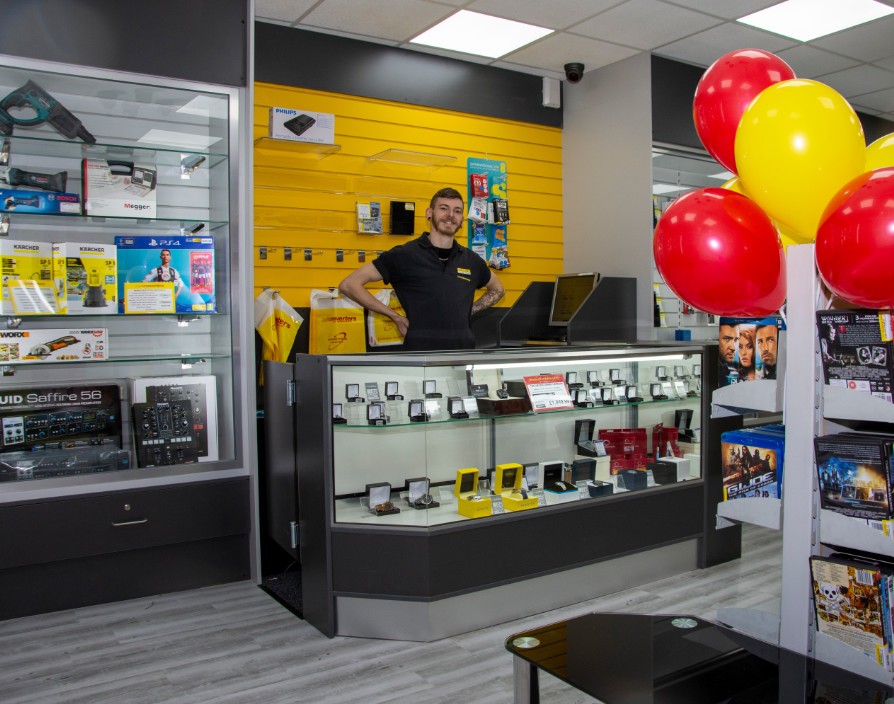 The UK’s High Streets may be under pressure but Cash Converters (UK) is thriving. CEO Peter Hall explains how and why the company’s buy/sell model works.

Leaving school at the age of 16, Peter Hall immediately headed for the Royal Navy careers office, starting out as a radio operator and eventually serving nine years before embarking on a career path in Civvy Street. There he climbed the corporate ladder assuming various compliance and operational roles along the way within the financial industry.

This would culminate in Hall being accepted as a Fellow member of the International Compliance Association (FICA). He is also a qualified General Data Protection Practitioner (GDPR P), having completed the Institute of Internal Audit Certificate (IACert).

Hall’s corporate background - both in retail finance and banking, including internal auditing - subsequently led him to Cash Converters (UK)  (CCUK), where he eventually became Director of Operations and Risk before assuming his current role as CEO.

Challenge has always been key for Hall, moving to CCUK from previous employer Pixie Loans for precisely that reason.

“The workload, culture and responsibilities (at CCUK) that come with leading a franchised network are completely different than that of a corporate, single-structured entity,” says Hall.

“For me, creating consistency across the business – from a customer experience perspective – was also a driving force for me joining CCUK and has had a huge impact on my sticking around for so long!,” he adds.

Founded in Australia in 1984 Cash Converters has since expanded into a worldwide brand with a footprint across 18 countries, including South Africa, Dubai, Singapore, Spain and the UK.

In the UK it first opened its doors in 1991, ostensibly because the company wanted to improve the level of service provided to customers within the UK. “No one was offering local communities a buying and selling service like the Cash Converters stores and so the decision was made to expand into the UK.” says Hall.

As a pawnbroking/second hand goods retailing business Cash Converters will not only pay cash for your goods but also offer a buy-back option (exercisable within 28 days) for an administrative fee, just in case the customer has second thoughts.

It’s a well worked formula and one that has had little difficulty attracting people to its franchising model; the company now having over 40 franchisees. Some are single operators, while others have multiple locations throughout the UK, including one franchisee with a 40-store network, according to Hall.

“The franchise model works by an agreed annual fee being paid; it’s then our responsibility to provide the franchisees with the framework and tools to open their stores and transact with their customers.” says Hall. “And we have a team to help ensure that happens,” he adds.

These tools include helping franchisees locate the perfect site for their business – assistance being provided on all phases of the store design and layout.

Prior to opening, all new franchisees are given an extensive 20-day induction programme, as well as a 10-week induction plan, according to Hall.

He adds: “This helps them develop important business skills for managing their store(s), introduces them to useful business contacts at head office and provides in-depth, comprehensive training in all the services that CCUK has to offer.

“This will comprise training plans across pawnbroking, compliance, GDPR, staff development, store presentation and sales, all of which are taught by qualified professionals.”

Company-wide marketing campaign materials, as well as support and guidance from the central Support Centre are also provided via use of a dedicated field team.

But it doesn’t end there, given Cash Converters prides itself on ensuring its brand and customer service offered is delivered to a high level. 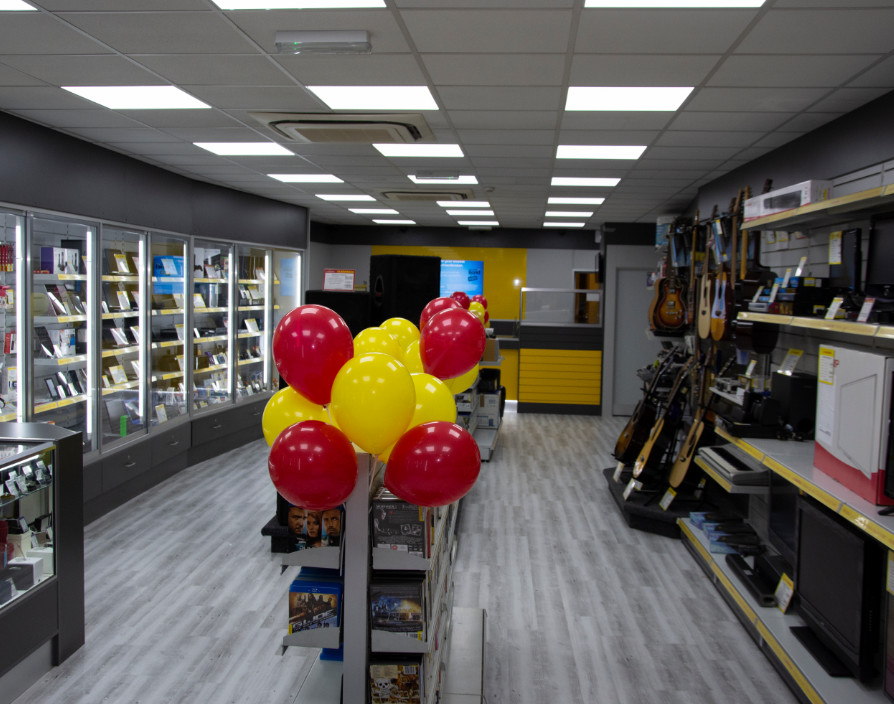 That means regular contact with franchisees at head office; and whilst CCUK isn’t in the business of micromanaging its franchises: “We would intervene if standards were to drop below the expected requirement from us,” Hall is quick to point out.

At the coalface support means regular compliance testing throughout the year, with all stores being regulated by the Financial Conduct Authority.  “Our Head of Risk and Compliance helps stores to ensure they meet standards with regular contact in the way of meetings, training events and phone calls,” says Hall.

In addition, there are quarterly Advertising Committee meetings - attended by a group of franchisees acting on behalf of the rest of the network - to discuss and agree annual marketing plans, as providing feedback on hot topics within the network.

“I like to visit stores regularly to ensure expectations are managed and listen to feedback from our store employees and customers,” says Hall.

In practical terms then, Hall’s operations, risk and compliance skill set means providing not only security for franchisees, but also ensuring “that our customers’ needs are a priority in our local community stores.’

“It’s worth mentioning that we have two sets of customers, our valued franchisees and our new and loyal consumers,” notes Hall.

Cash Converters is now the biggest second-hand goods retailer in the UK. For Hall the objective over the next 12 months is to ensure the company is as operationally efficient as possible from a business perspective, “so we are set up to drive the business forward.”

“I’ve spent a lot of time reviewing the organisational structure to ensure that we have the appropriately skilled staff in the right positions moving forward. It’s incredibly important to me that, as a group, we continue to provide our franchisees and shareholders with the return they expect,” says Hall.

However, the best laid plans can only come to fruition so long as the right franchisees can be found.

For Hall, the ideal franchisee is one with ‘a great career history’ in retail, as well being self-driven with a ‘fantastic get-up-and-go attitude.’

And they should also have a passion to deliver CCUK’s brand requirements with an unrivalled customer service experience.

“Most importantly though,” says Hall is “their willingness to collaborate with us. A franchisee-network is very much a partnership and our successful franchisees are the ones who work with closely with us.”

Before that, though, background checks are carried out, including any previous businesses would be franchisees may have run.

“Once we’re happy, we get to know them through an initial, casual interview and decipher what really makes them tick. Would this person be able to take a franchised CCUK store, and make it work? It’s got to work for both of us and so this stage is incredibly important,” notes Hall.

Assuming all of these criteria are met and developments proceed to store opening stage each new franchise will be visited by CCUK’s field team, who will provide advice and support, including suggestions on possible amendments to their approach as the store gets on its feet.

It will also mean new franchisees visiting already established operations elsewhere, as well as spending time at the Cash Converters Support Centre in Runcorn to meet each department and understand every strand of support available to them.

In addition, all franchisees and their employees will complete mandatory training modules every year to ensure all sites are up to date with current legislation including safeguarding, anti-money laundering training and the full suite of health and safety regulations, according to Hall.

Pointing out that there’s a huge difference between being a leader and a manager, Hall views his role at CCUK as a strategic leadership one – thereby resisting the temptation to micro-manage.

“Rather than being a micro-manager, I ensure that leaders are given the autonomy to make their own decisions.

“I’m a leader who wants others to reach their own potential and will positively encourage staff to do more and increase their knowledge,” says Hall.

Hall adds that his objective is to provide the skills and experience to support CCUK’s senior team to take on more responsibility and subsequently being able to promote from within. “I’m a big believer in harnessing career progression at all levels.” he says.

Despite the well documented decline of the High Street in response to the online onslaught Hall says CCUK continues to open stores while other retailers are closing theirs.

‘Sustainability’ is, unsurprisingly, making CCUK’s model even more sustainable, Hall arguing that shoppers are a lot savvier these days with a huge percentage of consumers now being driven by sustainability.

“As a society, we are so much more aware of our environment and so, our business model of buying, selling and recycling unwanted items aligns with the conscience of our UK consumers,” says Hall.

A wide product range of goods helps too and as Hall adds: “We will buy and sell anything of value at Cash Converters, so instead of sending it to landfill – bring it to us!

Hall will be hoping this customer mindset isn’t simply another fad, given his ambitions for the next five years include expanding into new geographical areas and opening more stores to benefit local communities.

Indeed, ‘local’ and ‘community’ are key words for Hall who sees helping local people, through employment opportunities for example, as well as attracting their custom, as being core to CCUK’s business model.

Also important is being the most valued buyer and retailer of second-hand goods on the UK high street. And with a renewed focus on sustainability and recycling initiatives that help the local community.

“Continuing to swim against the High Street tide is our aim and something we’ve got the tools to achieve,” says Hall.

One wouldn’t bet against him.