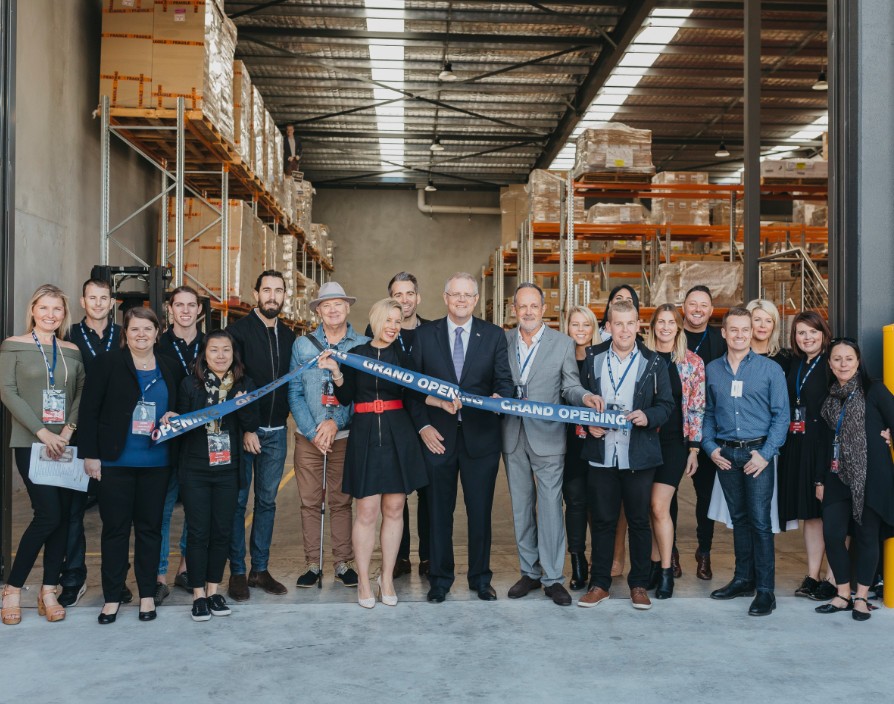 For Amber Manning, CEO of the Australia-based Just Cuts network of hair salon franchises the word ‘achievement’ comes readily. And following the brand’s expansion into the UK, she has every intention of replicating her antipodean success over here.

With 230 salons across Australia & New Zealand, 3500 Stylists, 100,000+ Clients per week and recent UK expansion - including the JUSTICE Professional range of hair care and styling products available in Just Cut salons and online - Just Cuts has come a long way since the first franchise opened in the Sydney suburb of Engadine in 1990.

While the idea for Just Cuts was a slow burner – at least in terms of thought to execution - for founder Denis McFadden, the positive response from clients to his offer of a “no appointment, $6 Style Cut” at his original salon in 1983 - was to prove to be the catalyst.

In the meantime, Manning’s stewardship of Just Cuts over the last five years has seen substantial growth as the network has been able to exploit a gap in the market.

As she’s quick to point out, Just Cuts is a hairdressing salon that: “Bridges the gap between a barber and a high-end hair salon.” Yet crucially: “Our fixed price, no-appointment system is a convenient and practical solution for our clients, offering them affordable Style Cuts from fully-qualified stylists,” she adds. 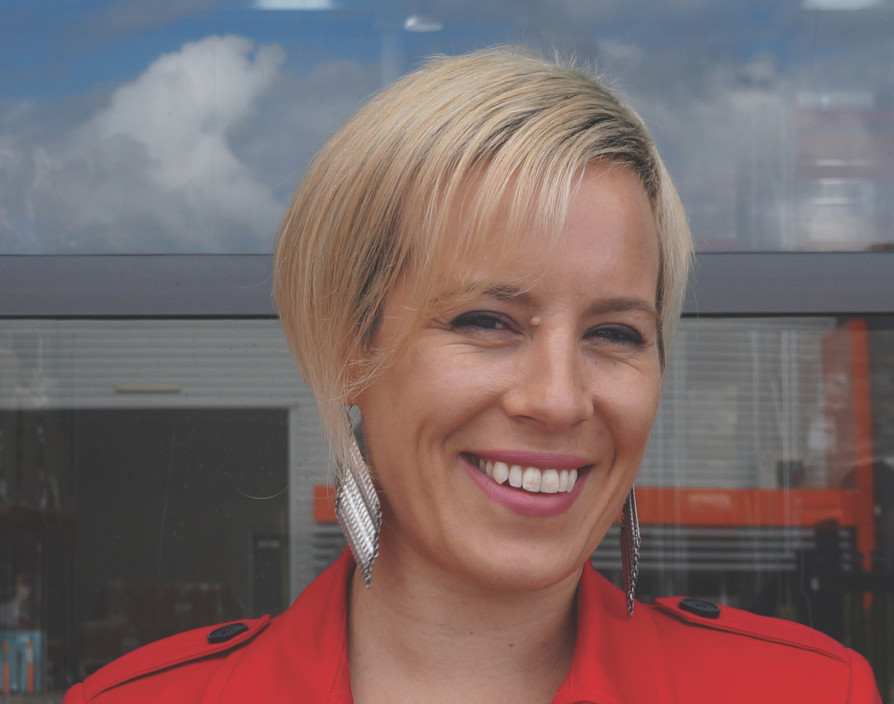 Complementing the business is the JUSTICE Professional range of hair care and styling products. “Over the years, we’ve listened to the requests of our clients who asked for products they could use at home to maintain the Style Cuts they received in our salons,” says Manning. 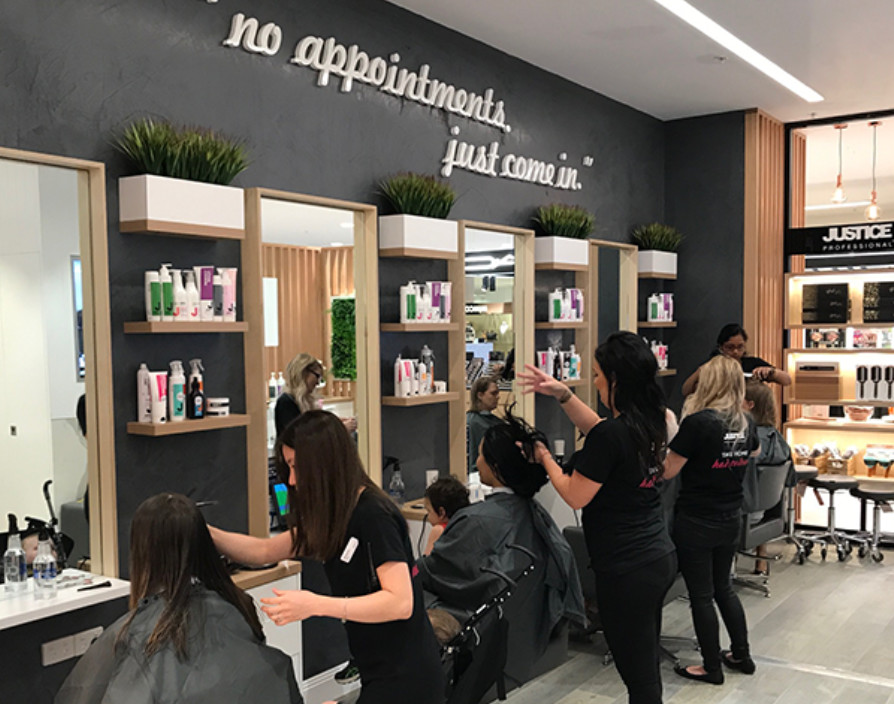 “In 2013, these calls were answered, and JUSTICE Professional was born. You’ll now find it regularly used, not just stocked, in all Just Cuts’ salons,” she further notes.

With an objective of 20% of turnover, retail is a big goal for Just Cuts and while initial product testing was carried out through Amazon: “We’ll be driving sales though our own UK product website and in our salons,” Manning says.

Yet if success for Manning has seemingly come easily the road wasn’t always a smooth one, especially in her formative years, career wise. Indeed, at the tender age of 20, Manning, who was then working in bookkeeping, asked for a pay rise and was promptly turned down.

Thinking of throwing in the towel her mother quickly intervened suggesting she set-up her own business. “And that’s where it all started really,” says Manning. As a result, drive and passion have been exhibited in abundance over the ensuing years. Or as Manning describes it: “Ambition, parental empowerment, and not afraid of taking risks.”

Though Manning subsequently started her own bookkeeping franchise, she realised it was interfering with her personal life. Besides, she also wanted to travel.

“I then went into another company helping out franchisees; learning how they work, maximising their sales, implementing strict KPIs and working on how they manage their team,” she says. “Once I left there, I went into not-for-profit at Mission Australia, which I felt extremely lucky to be a part of.”

It was there that Manning started rolling out big projects and learnt a lot about management that would help her later on.

“One day I thought to myself, should I go back into business? And that’s when Denis approached me to work in Just Cuts. He wanted me to come in to work on some new aspects for the business and implement some changes.”

Having been given the green light by McFadden, Manning then went about implementing major changes.

First and foremost, in 2015 all Just Cuts salons were moved from a paper-based docket book system to a bespoke Cloud-based POS and marketing system. This would allow all stylists and franchise owners across Australia and New Zealand to readily communicate with one another.

Next step was the development of a five-year strategy for international expansion; first stop, the UK with the launch of a pilot salon in Essex in 2018.

For Manning, however, the UK is an entirely different market to Australia and New Zealand.

“UK customers expect to be paying 4x the price of what we charge for our Style Cut,” she says, adding: “We’re able to offer a different experience for going to the hair salon with our app too. Customers can check-in on the app and continue shopping until it’s their turn in the chair. They get a text to say when the chair is available.”

Noteworthy too is a bespoke dashboard available to Franchise Owners who can keep an eye on their salon - even when they’re not actually in.

“They can see what is going on, who’s cutting at what time, how many cuts they are doing and the targets for the day and week. It gives franchise owners a live update on the salon in the palm of their hands,” Manning says.

For would be Franchise Owners, Manning is quick to point out that you don’t have to be a hairdresser to own a Just Cuts salon. Moreover, Just Cuts will undertake much of the laborious set-up and ongoing work which can be associated with business ownership.

“We provide our Franchise Owners with a proven, successful system that will guide you through every step of opening your salon,” she says.

This will include performing due diligence, identifying a suitable site, as well completing the quoting, design and construction of the new salon. To ensure that the construction, fit out and opening run smoothly, a member of the Just Cuts delivery and operations team will provide in-house support contact prior to opening.

“You’ll also be trained in our cutting-edge technology system so you can easily manage your business,” Manning adds.

For a business owner, such a turnkey approach means there’s no need to be concerned about how to get your salon doors open or how to best develop a system to ensure clients leave satisfied.

Moreover, there’s no need to worry about creating training programmes for your team or nailing down operational processes for accounts and stock inventory. All this is packaged up for you when you become a partner, providing you with the fundamentals you need to get your business up and running smoothly, according to Manning.

The Academy also manages the Just Cuts and JUSTICE Professional websites and Client databases and implements, “carefully targeted and agile digital marketing initiatives.” In short, the type of marketing that many small businesses simply can’t afford.

Of course, such a support system doesn’t mean Franchise Owners aren’t responsible for their employees, including supervision, performance, wages, taxes and superannuation. In addition, local advertising costs are covered by local salons, even though guidance and design work is provided by the Just Cuts Academy Team.

Also, for Franchise Owners, Stylists and Clients alike, JustOnline - a point-of-sale system with built-in marketing and communications tools - is present in every salon. And because it’s cloud-based software, users only need an iPad and they’re good to go.

Looking to the future, putting the right building blocks in place will ensure continued success. “As will passion,” according to Manning. And as she drily notes: “Hair never stops growing.”