Having brought on Australian Steve Jones as its new managing director, Snap-On Tools UK has a truly global perspective 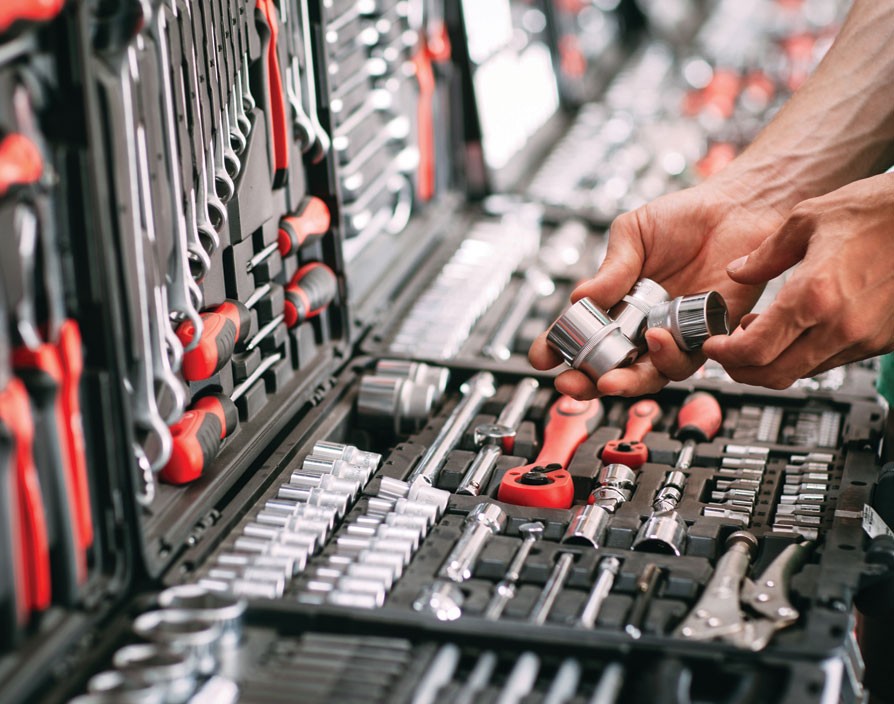 Without doubt, Snap-on Tools is global franchise with a truly impressive heritage, after Joseph Johnson and Bill Seidemann created the world’s first interchangeable socket tools in Milwaukee almost a century ago. “Up until 1920, all of the tooling that you used was a specific tool; you couldn’t change any of the parts,” explains Steve Jones, managing director of Snap-on UK. “Our founders developed an interchangeable socket and handle, calling the business Snap-on Tools.”

Although Snap-on’s wares were first distributed through retail outlets, the arising of the Great Depression led to a radical shift in the company’s model, seeing the business switch to van-based distribution and adopt a new approach to payment. “We introduced a system where the guy could take the tool today and pay it off over a period of time so that in the meantime he could earn a living,” says Jones.

For the next 30 years Snap-on Tools concentrated largely on the domestic market. “It was a very small business outside of North America up until the 1960s,” Jones says. However, this all changed in 1965 when the brand launched in the UK, which has remained one of its largest markets to this day. It followed this up with expansion into Australia, Japan, the Netherlands and Germany in the 1980s and New Zealand in 1991. “Those are our main international franchise territories,” he says.

It was Snap-on’s entry into the Antipodean market that first brought it to the attention of the young Jones, who was certainly no stranger to working with tools. “I used to enjoy rebuilding cars with my brother and drag  racing the ones we’d put together,” he recalls. Whilst he admits neither of them were stellar mechanics, this did start him thinking about employment opportunities that would allow him to work in an adjacent industry. “So when I saw the white trucks driving around with the big red Snap-on logo on the side, I decided I’d like to join,” he says.

After 12 months working a route as a driver in New South Wales, Jones was promptly promoted into a field manager role. Given a previous position working in the gambling industry had given him plenty of experience working with franchisees, he seemed the natural choice. “One of the main responsibilities of the field manager was growing the franchise network,” he says. “I had to fill a bunch of territories and create growth in that area.” At the time, Snap-on Tools Australian franchise network was still in its infancy and Jones proved instrumental in getting the area off the ground. “There are about three or four guys that I signed that are still part of our network now,” he says.

In recognition of his hard work, within a couple of years Jones was promoted to sales manager and made responsible for the sales development team. “Their job was to ride with the franchisee, usually on a three-month cycle, to help them with their business, and talk them through any issues they’re having,” he says. Jones continued to rapidly rise through the ranks, becoming national sales manager and then national sales director. “That meant I was looking after the whole of Australia and New Zealand,” he says.

Snap-on clearly recognised that it had an ambitious up-and-comer on its hands. “The company knew that I wanted to progress through the organisation and that I wouldn’t be limited by international travel,” he says. Gradually he became more and more involved with the franchise’s global operations and before long a new opportunity arose. “The chance to become UK managing director came up and I said that I’d like to be considered for the role,” he says. Given the impressive year-on-year growth Australia and New Zealand had been seeing, Snap-on gladly gave him the job.

Moving halfway round the world and taking on one of the franchise’s most successful networks was certainly a challenge. “I’m not going to try and tell you it wasn’t daunting; it absolutely was,” Jones says. “But what made it much easier was the fact that the Snap-on business is very similar worldwide.” Not only had Jones already worked side-by-side with many of those working in the UK operation but the fact that the franchise has the same route to market in every country helped smooth the transition. “Snap-on Tools is the same the world over: the only thing that changes is the accent of the people delivering the product,” he says.

After all if it ain’t broke, don’t fix it: thanks to Snap-on’s strong USP, there has been little need to reinvent the wheel when entering new markets. “There’s not another tool manufacturer in the world that has the same product range we have,” Jones explains. “The quality and the depth of range of the products is one of our major points of difference.” Even during the recent global economic downturn, Snap-on secured serious growth, something that’s a real vindication of its approach. “Our customers need tools, no matter whether it’s hot or cold, whether the economy’s good or bad,” he says. “It’s a model that’s stable and has real longevity.”

In light of this, Snap-on has no trouble attracting franchisees but when recruiting it has a very specific kind of character in mind. “When you walk into the bar of your local pub, a great Snap-on Tools franchisee is the one that everybody’s stood around and who is holding the conversation,” says Jones. As long as a candidate has a strong character and an entrepreneurial flair, Snap-on is able to turn them into an effective franchisee. “We can’t train you to have a great personality or work ethic but if you’ve got those two things we can train you how to be a good businessperson,” he says.

As you might expect from this, Snap-on dedicates a lot of energy to helping franchisees get up to speed. “There’s a lot of training and support that goes on prior to business even commencing,” Jones says. After an initial 12 to 14 weeks training, prospective franchisees are sent over to Dallas in the US to take a seven-day crash course in running the franchise before returning to the UK to spend a week at Snap-on’s Kettering-based distribution centre. Even once a new territory has launched, franchisees will receive ongoing on-the-job instruction and support tailored to their requirements. “The training alters from year to year: we try to develop our training around what the needs of the franchisees are,” says Jones.

Whilst Jones’ tenure as head of the UK network is still relatively short, he has inherited a thriving network. “The UK business has been very strong since the global financial crisis,” he says. “It’s really come a long way.” Already this year, the franchise’s receivables are up by 9.7% compared to the previous year and Jones has no intention of resting on his laurels. “There’s a real growth opportunity for us,” he says. “The size of the UK economy is growing and we should be growing in relation to that.”

Evidently Snap-on Tools is here to stay, thanks in no small part to its highly committed franchisees. “We’ve got franchisees that have been in the business for 38 years,” says Jones. And not only does the franchise have very high retention rates but many of its older franchisees are now passing their businesses down to the next generation; Jones refers to a recent meeting with the sons of one of his franchisees who are now running a van of their own. “It’s becoming a generational business for our franchisees, which is a great place to be,” he says.